I know you’ve heard about people buying a mansion in Houston, Texas for $100,000. I notice it almost daily on social media and the internet. While homes aren’t quite as cheap, they are more affordable than other parts of the country.

Your idea of cheap will be subjective depending on where you currently live. If you live in Chicago, Houston is cheap to you. But people from Schuyler, NE are going to think the prices are high.

There are many reasons why the prices are lower here. Some are good reasons why the city is affordable and some are not good. If you’ve been thinking about joining the great migration to the fourth largest city in search of these super sized Texas homes, this article should help you decide.

I always like to kick things off on a positive note so let’s start it off with the pros before we head into the cons.

Land is an Affordable Investment

The Houston metro area is huge. People, who have never been here, have a hard time understanding how big the city is. It’s bigger than some states. The land stretches as far as the eye can see. With an abundance of land, more homes are able to be built. 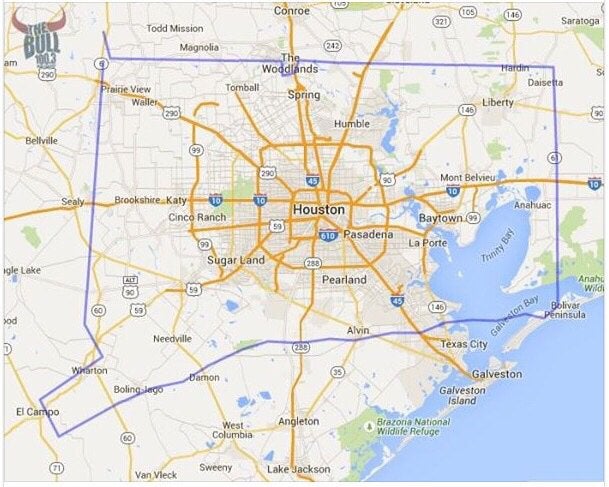 A misconception floating around is that the land in Texas is flat with hills no higher than ant mounds. However, the state is home to over 2,000 mountains. The highest mountain peak can be found in the Guadalupe Mountains National Park. 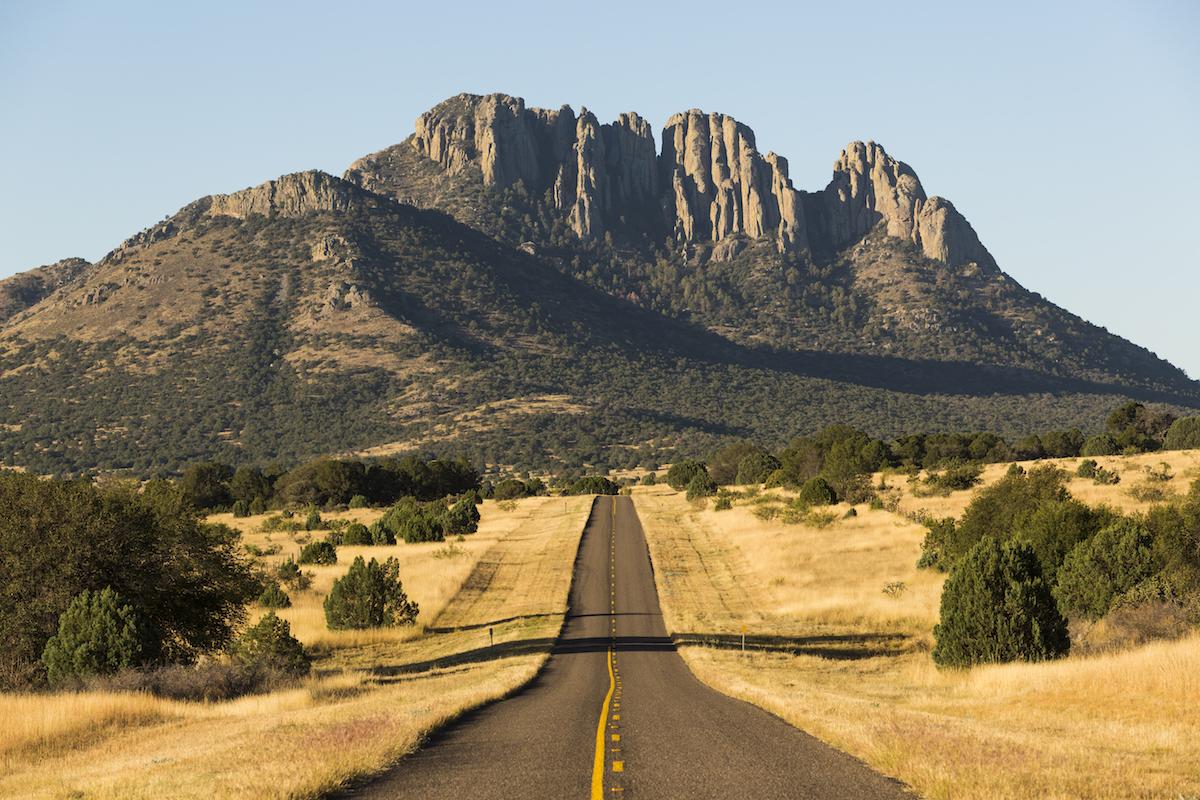 Houston, on the other hand, is as flat as a pancake with no impediments. In cities like San Francisco, there’s a limited amount of land because of the ocean and mountains. The city can’t spread out anymore which causes the land to be priced at a premium. San Francisco probably has plots of land with no homes built on them that are more expensive than whole blocks in this city. Somebody fact check me. 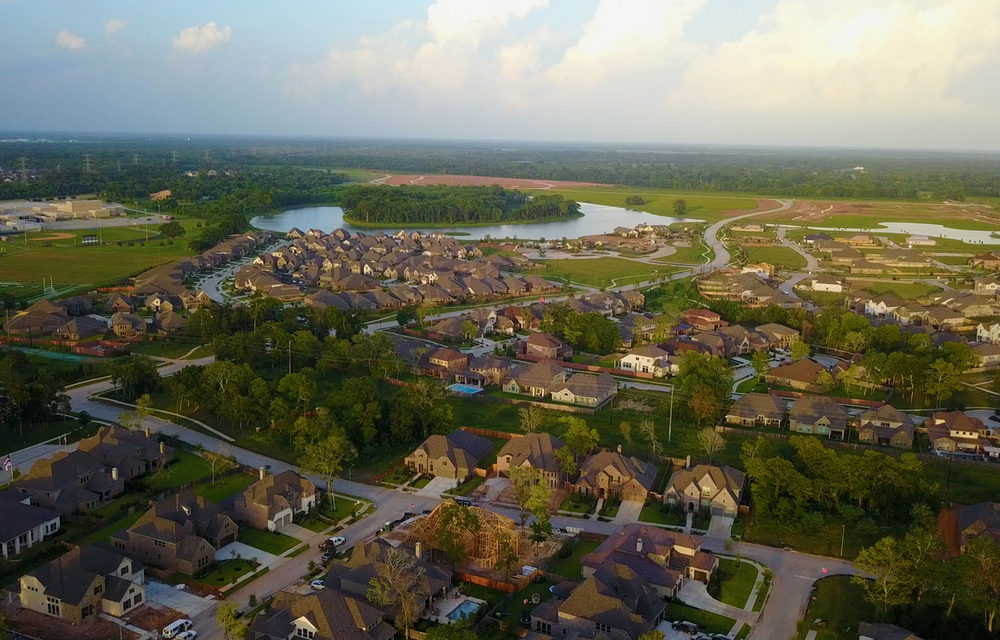 Low Cost of Living in Houston

The cost of living is typically cheaper in the south than anywhere else. That’s because employers pay us like crap. We would die of starvation trying to survive on low wages and high bills.

I’m joking, but the wages are lower in the south due to lower expenses. All real estate is cheap here. This doesn’t just pertain to buying; renting an apartment or house is priced decently too. 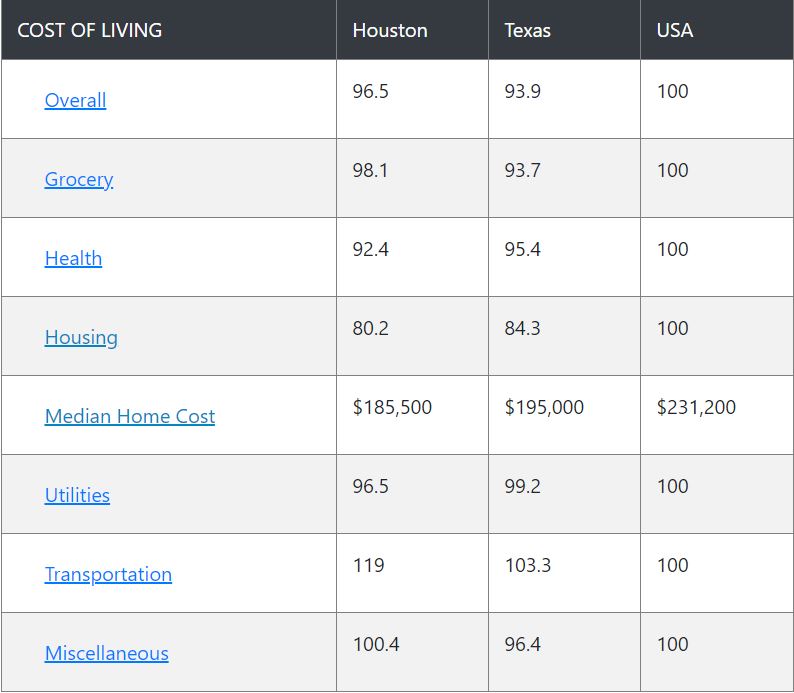 Our smaller paychecks reflect our moderately priced homes. A nurse moving from Boston to a small town in Texas could get a double digit pay cut. According to Zip Recruiter, the average salary for a BSN RN in Houston was $80,504 a year. The top of the scale was $135,744. 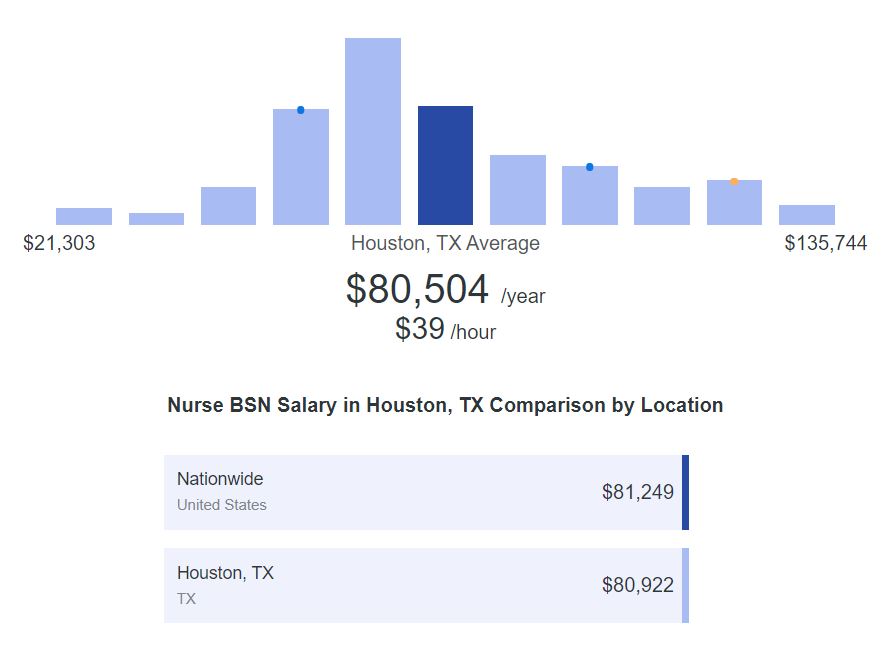 Although, you won’t get paid the same amount as you do in NYC, Houston does pay really well when compared to other southern cities. There are plenty of people who have moved from Louisiana because the pay is higher here.

It costs less to build a house in Texas. The materials are the same price, but contractors save money in other ways. For one, they don’t have to worry about paying an arm and a leg for workers due to the low wages.

Two, since the land is already flat, they don’t have to bring in huge machines to level out the area or bust up huge boulders. All of those savings flow down to the buyers. Is this what Republicans mean by the trickle down affect? 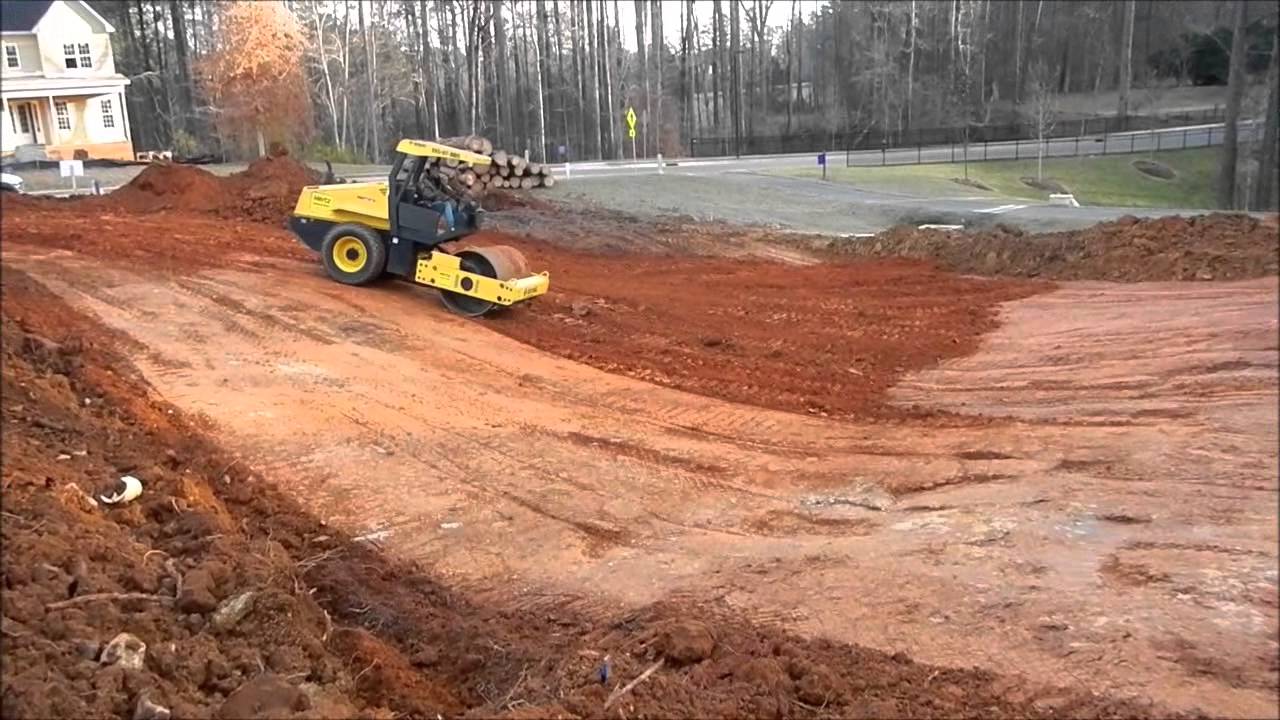 Competition in the City

There’s literally a new subdivision being built on every block. You turn the corner and there’s another one going up. You be like “Dang, wasn’t this a cow pasture just last week?” This is a simple principle of economics called supply and demand. When supply exceeds demand for a product, the prices will fall. 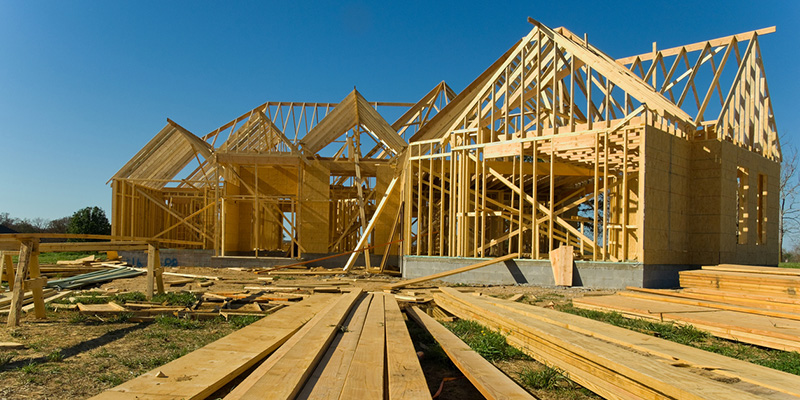 But, don’t think people aren’t buying homes here. The real estate market is very strong in this city and it consistently ranks in the top 10. What is keeping prices down is the competition.

There are at least 19 companies I can name that build in the city. That comes out to be about 30,000 new homes sold each year. I haven’t even mentioned pre-existing houses. When you add in those, 85,000 homes are sold. Buyers have a lot of housing options to choose from which drives the prices down.

Appreciation in the Housing Market

The housing market is pretty stable. There aren’t wild fluctuations in prices like other major cities. Don’t expect to buy a home and 3 years later, it’s doubled in value. Pump your brakes because it’s not going to happen. Those types of increases aren’t common here or anywhere in Texas; appreciation is much slower.

According to an analysis done by Kiplinger, from 2018 to 2019, the average appreciation in the largest metro areas was 5.7%.  Houston increased by a whopping 2.9%. That’s almost half the value. But, don’t necessarily look at it as a bad thing. Yeah, it sucks if you’re banking for a huge payout in a short amount of time. This slow appreciation is one the things keeping homes affordable. 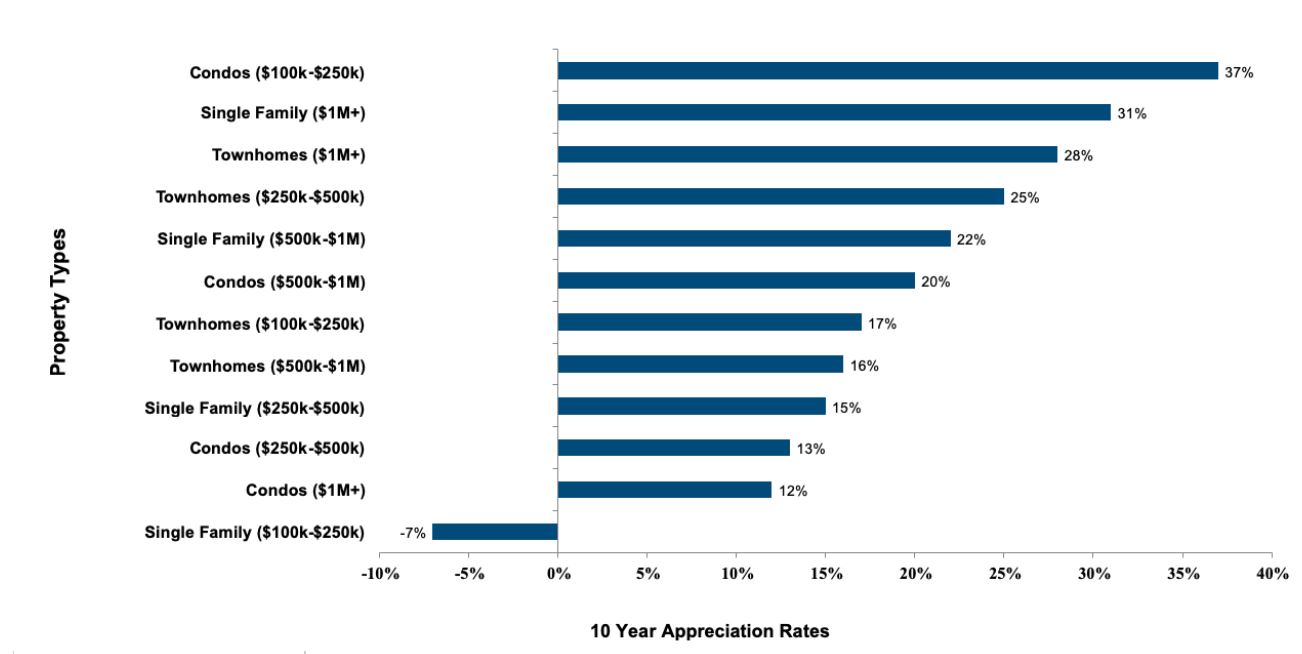 It’s time to talk about the not so good things keeping prices low. Houston has low priced homes, but high mortgage payments. If you don’t know what I mean by that, keep reading.

Hazard insurance is more expensive in Houston. It’s not only in this city, but most of the south. It’s because these coastal states are susceptible to some crazy weather conditions. We’re vulnerable to hurricanes, tornadoes, wind storms, and hail storms.

Insurance companies are in the business of taking your money not paying for damages. When they insure in an area where the chances of homeowners filing costly claims are high, they will increase the premiums to compensate for a potential loss of profit.

The average cost of insurance in Texas is $3,429 a year. It’s the fifth most expensive state. The amount you pay will depend on various factors like the house’s age, its occupancy, and what type of coverage you want. With a $3,429 premium, you’ll be paying $286 a month in insurance. Always shop around for the most affordable coverage to bring your monthly costs down.

If you didn’t know the city of Houston had a flooding problem, you probably know now. The media plastered pictures of the effects of Hurricane Harvey every 5 minutes. You couldn’t turn on your TV without seeing us floating down the street in refrigerators or stranded on roofs. Although, the city is doing things to decrease the chances of flooding, some areas have and will always be in a flood zone.

Any real estate with a mortgage in a flood zone requires flood insurance. There’s no way you can get around it unless you own the house free and clear. Unlike hazard insurance, you can’t shop around for a cheaper policy. FEMA sets all of the rates. You can decide on what company you want to use, but the rate will be the same.

The amount you pay can be $100 a month and up. It depends on level of risk. The higher the chance of flooding, the higher your premium will be. This in turn, will increase your mortgage payment. To compensate for this extra expense, homes in flood zones are generally cheaper, but not always.

Texas doesn’t have any state income taxes. It gets a lot of its revenue from property taxes. People say it evens out for us, but in my opinion, it really doesn’t if you own a home. In the Houston metro area, taxes can range from the low 2% range all the way to almost 4%! Ugh, just reading it is making me queasy.

As you can tell, home prices have to stay low unless they decrease both the taxes and insurance. Otherwise, there would be thousands of houses, but no one would be able to afford them. However, these prices won’t stay low forever. The population and price of homes are increasing in Houston every year while wages are staying the same. It’s going to get to a point in the future where it’s too expensive for Houstonians to buy.